A garage apartment is essentially an accessory dwelling unit (ADU) that consists of a garage on one side and a dwelling unit next to or on top of the garage. This type of unit offers homeowners extra space to store their stuff in one section and host guests, parents or older kids in the other section. Family Home Plans offers unique garage apartment plans that contain a heated living space with its own entrance, bathroom, bedrooms and kitchen area to boot. You can use any of our plans to construct a brand new unit or add extra living space to your existing property. Plus, all our garage plans with apartments are available in one and two stories, which you can choose from based on your preferences. 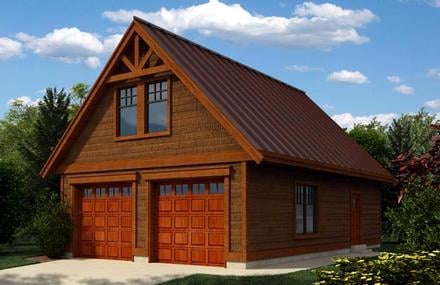 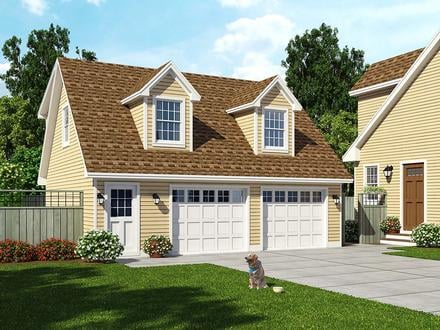 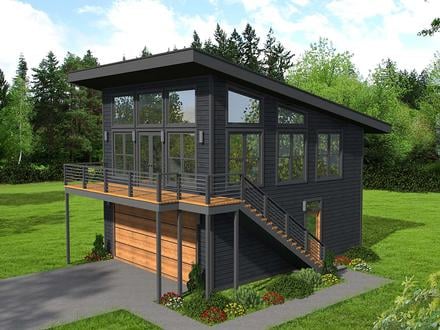 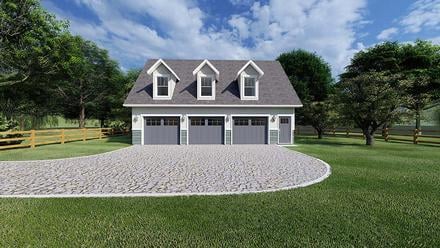 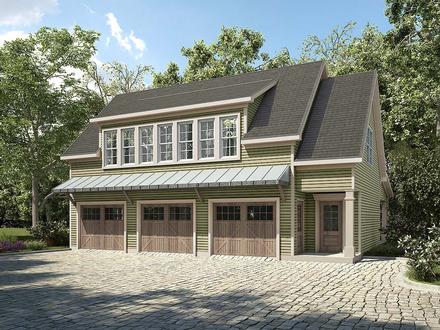 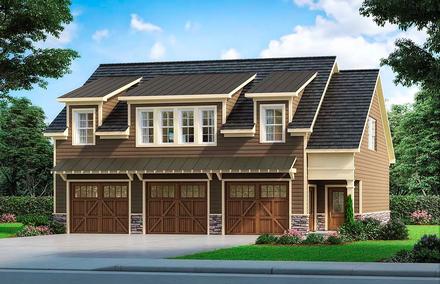 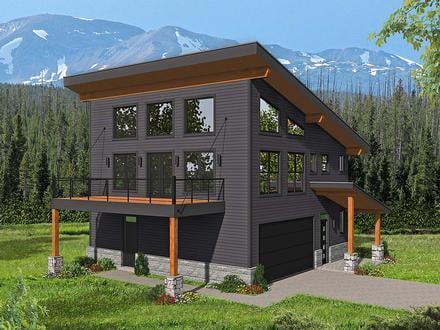 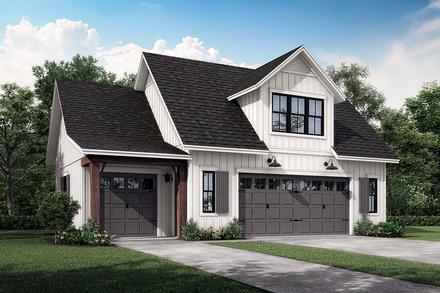 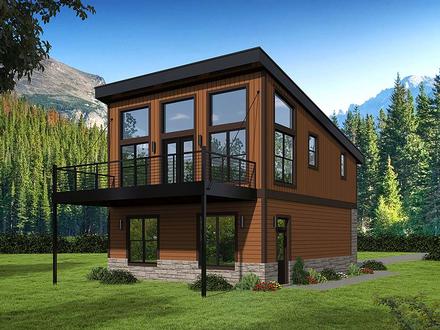 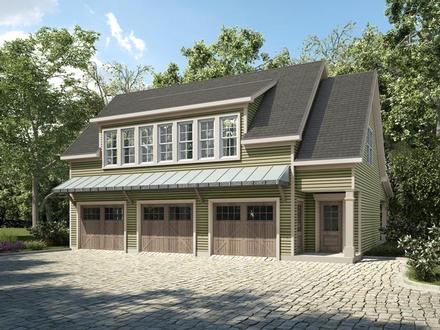 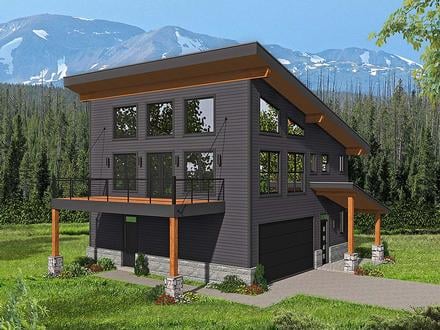 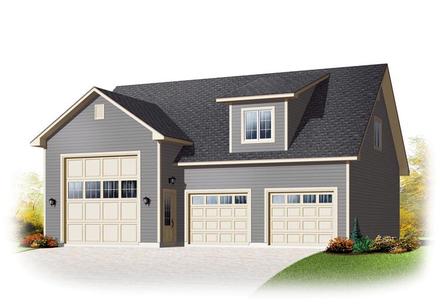 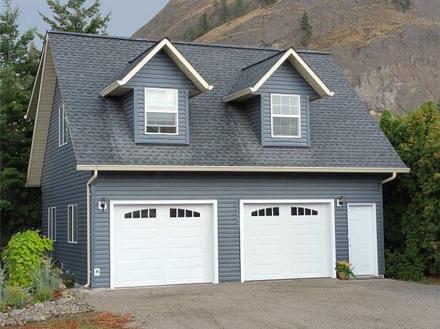 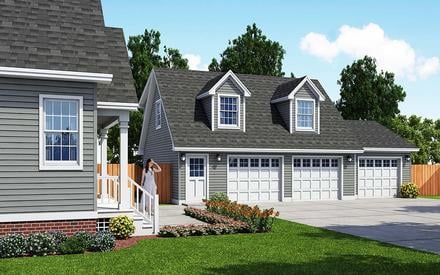 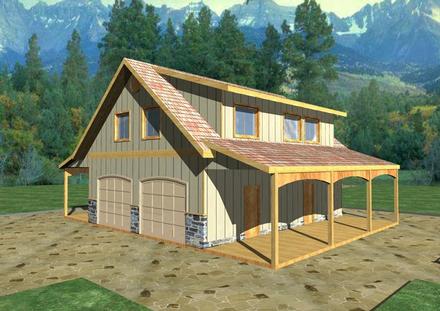 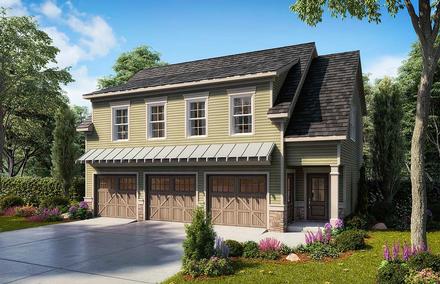 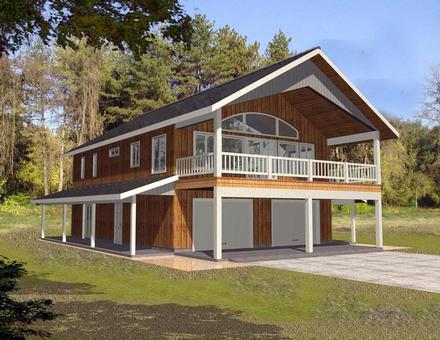 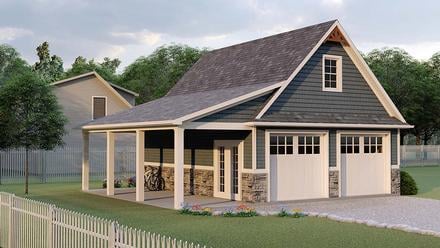 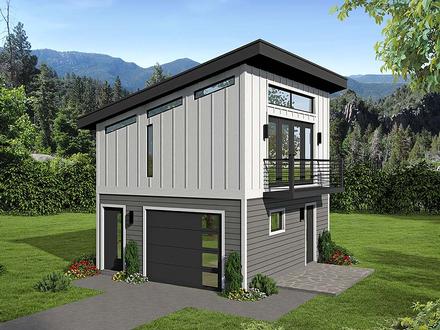 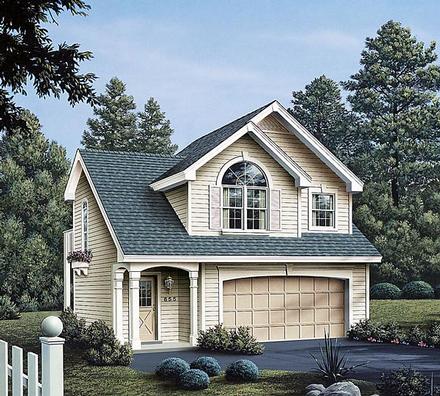 If you find the exact same plan featured on a competitor's web site at a lower price, advertised OR special SALE price, we will beat the competitor's price by 5% of the total, not just 5% of the difference! To take advantage of our guarantee, please call us at 800-482-0464 or email us the website and plan number when you are ready to order. Our guarantee extends up to 4 weeks after your purchase, so you know you can buy now with confidence.

Find the Right Garage Plan With an Apartment

Our plans are available in different styles and designs. To view our full collection of garage apartments, just fill out the features you’re looking for in our advanced search utility. Alternatively, you can narrow down your options by including the square footage and the number of garage bays you need for your new unit.

Garage apartments offer nearly countless benefits to homeowners given that they serve more than one purpose. Here are a few reasons you should build this unique living space in your property. Any of our exquisite garage plans will be great for:

Family Home Plans is not your ordinary home designer. We'll work with certified architects and home designers to draw and design the perfect garage apartment plan to suit your needs. Here are a few benefits of working with us:

Family Home Plans has more than 330 garage apartment plans that comply with national building standards. Moreover, all of our plans are easily customizable to accommodate a wide range of specifications. To view our huge collection of garage plans, all you have to do is try out our search service and make your purchase today.

A Guide to Carriage House Plans

A carriage house — also known as a coach house — is a vintage necessity from the time before automobiles became common. These structures were found in both urban and rural areas, had architecturally simple to ornate designs and often performed double duty as living quarters as well.

As the horse-drawn carriage was phased out by motorized vehicles, carriage houses became unnecessary. However, instead of demolishing these buildings, many people repurposed them for modern uses.

Today, original carriages houses are coveted homes, but since they aren’t as common anymore, many people who want the charm of a carriage house build their own. These carriage homes are new structures that resemble carriage houses but have always been used as single-family dwellings. Others use historic carriage house plans to build detached garages that provide extra storage or living areas.

What Is a Carriage House?

Originally, a carriage house was essentially what we’d call a detached garage today. It was meant to house the horse-drawn carriage — although the horses were usually stabled elsewhere — and usually was a luxury enjoyed by the very wealthy.

These carriage houses sometimes also featured built-in living quarters for staff, such as grooms or coachmen and their families. While the animals were usually kept in a separate barn, some people were wealthy enough to have large carriage houses that could house the carriage, the animals and the staff and still have room for storage.

Today, when someone refers to a carriage house, they mean a detached garage that often has at least one living space on the second floor. While the term “carriage house” technically only refers to those structures that once housed carriages, it’s now fairly commonly used to describe a detached garage with living quarters — especially those designed to mimic traditional carriages houses.

One of the reasons carriages houses are so popular today is their interior shape. Since they were predominantly used to store vehicles, they tend to be large and spacious, often loft-like, with the added advantage of being detached and private.

They also are popular as living quarters since they are small, separate and never have a basement, so if you use your carriage house as a guest room or office, you can always rely on enjoying above-ground living.

Some other common characteristics of carriage houses include:

The exterior characteristics of carriage houses tend to be more uniform and feature some or all of the following:

Some garage apartment plans may include a patio or porch area to match the main house as well, though this is unlikely if you’re looking to build using tiny carriage house plans.

Every home doesn’t need a carriage house, but a carriage house can always benefit a home. In addition to increasing the home’s overall resale value and curb appeal, a detached garage house offers several other benefits, including:

When you build a carriage house using garage apartment floor plans, you open yourself up to a lot of potential depending on how you decide to use the extra space. You can use the loft-like quarters in several ways, such as:

Garage plans with apartments are very versatile and can be customized to your requirements. Carriage houses are the most common since they offer more space and potential for various uses. The size of the garage typically dictates how large the accompanying living quarters will be, but many modern house plans have a two-car garage, additional storage and a two-bedroom apartment with a deck and patio.

Here are some of the common types of carriage houses:

When it comes to carriage house plans, the cost to build will vary based on size and design. There are almost no limitations to how you can design your carriage house. Some emphasize the interior, allowing for ample space in the common areas, while others emphasize smooth transitions from inside to outside by way of sprawling patios or second-floor decks.

This two-car garage features ample space for up to two vehicles on the main floor as well as additional storage space. The main floor also features a separate entrance that leads to a foyer and coat closet before guiding you upstairs to a spacious one-bedroom apartment.

The 687-square-foot apartment is ideal for singles or couples and comes equipped with a full kitchen, bathroom and ample space for living and eating. Two large dormer windows ensure there is plenty of natural light flooding through the apartment, and the self-contained unit also has its own little utility nook with a furnace, washer and dryer.

This simple yet efficient design is classical and aesthetically pleasing, making it ideal for renters or even for relatives or in-laws who want to age in place.

With room for up to three vehicles on the main floor, this three-car garage apartment measures a total of 1,190 square feet and comes with one bedroom and one-and-a-half bathrooms.

Entry to the second-level apartment is from the main floor, and the entrance features a half bathroom, closet and bench before guiding visitors up the stairs to the living quarters.

With a full kitchen and dining area, a spacious living area and a separate bedroom, this apartment is ideal for singles, couples or small families. While officially it is a one-bedroom apartment, there is ample space in the living area to create a second bedroom if needed. The space is equipped with a laundry room as well, but its most striking feature may be its second-story deck, which runs the width of the carriage house.

This carriage house also breaks from traditional carriage house designs by having many windows throughout, allowing lots of sunlight, and the balcony provides a safe and spacious area to recline and enjoy fair weather.

Many questions often arise when people opt to use pre-fabricated floor plans to build a new home or an addition to their existing home, so here are some of the most frequently asked questions about carriage houses:

What Is a Carriage House Apartment?

These coach house apartments are self-contained apartments with electricity, water and heat and can be anywhere from a studio space to one or more bedrooms. These spaces are also versatile and can be used to house guests, extended family or paying renters. They can also be used as personal spaces for home offices, studio spaces or recreational areas.

Where Is the Carriage House Located?

How Many Square Feet Is a 2-Car Garage?

On average, a two-car garage — excluding any second-floor living quarters — will measure between approximately 500 square feet up to 700 square feet. The average length of a two-car garage can be anywhere from 20 feet to 24 feet while the width will vary between 22 feet and 26 feet. When calculating the width, include the size of the garage door as well as any space you want for storage or other functions, like a workbench.

What Is a Coach House?

A coach house is just another term for a carriage house. While coaches and carriages may have been different vehicles, they were stored in the same house, called a coach or carriage house. The house’s name depended on what was being stored, but today, the terms are interchangeable.

Take advantage of the freedom that comes with building your own structures using pre-existing plans. At Family Home Plans, we have hundreds of floor plans to help you build your dream home and all the accessory buildings to go with it.

Browse our selection of garage apartment plans today or, for more information, get in touch with us by calling toll-free: 1-800-482-0464.

Designers/Architects that are interested in marketing their plans with us, please fill out this form